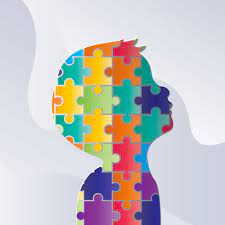 What are Autism Spectrum Disorders?

Autism Spectrum Disorders are a group of intricate neurodevelopmental disorders in children, which usually surface during the first three – four years of the child’s life. Children presenting autism symptoms may find difficulties in comprehending simple things or commands, or phrases which are used in everyday life. They often face trouble in perceiving beyond the literal meaning or things, emotions, and even instructions. This may lead them to appear as having difficulty in understanding, problem solving, speech, social interactions and behavior.

WHAT ARE THE TYPES OF AUTISM SPECTRUM DISORDERS?

Persistent challenges ranging from severe to mild deficit in social communication and interaction, across a number of contexts, are the characteristics of Autism Spectrum Disorder, accompanied with the need for sameness, or a routine, which triggers an exaggerated response, when tampered with. Hence, Autism Spectrum Disorder covers the following conditions under its purview:

WHAT ARE THE SYMPTOMS OF AUTISM?

Let’s begin with the earliest signs of Autism, which could be presented by a lack of responsiveness, or a lack of eye contact. Children with Autism in the early stages may not show any response to name, or look directly at the person when spoken to.

In some cases of Autism, symptoms may present as a regression of social and cognitive milestones between the age of 2- 4 years, where the child’s development seems to be on track, however, he/she starts to slowly ‘lose’ the milestones.

Commonly, the following signs and symptoms of autism spectrum disorders are observed

The cause of autism has always been debatable and cannot be attributed to a single known cause. There are some excerpts brought forward by doctors, researchers and scientists which attribute the causes to a structural or a functional damage to the brain. A change in the structure of a gene, often called a mutation can be responsible for abnormal brain development leading to autistic features. Alternatively, non-genetic factors like certain perinatal complications such as maternal bleeding in between three months into the pregnancy, the presence of meconium in the amniotic fluid, insufficient nutrient intake during pregnancy etc.

It is essential to realize that no particular individual or event can be held responsible for the child’s diagnosis. Investing in the child’s care and treatment can go milestones in helping a child with autism.

Stem Cell Therapy for Autism treatment in India and across the globe, is being thoroughly researched. Doctors are working on regenerative medicine using and all over the globe, as the prospective therapy for children showing signs of Autism.

Autism is a complex neurodevelopmental disorder, yet several researchers have come together to study on how this disorder develops, its after effects on brain and plausible best autism treatment.

The whole concept of Cellular Therapy, is based on the fact that stem cells hold the capacity to develop into different cells and structure specialized cells from the mother cell. These stem cells can help repair the affected neural tissue at the molecular, structural and functional level. They get to the core of the neuropathology of autism with the help of paracrine disciplinary functions. It is able to regulate cell differentiation, tissue and organ repair and anti-inflammatory actions. Hence, Stem Cell Therapy for Autism is now widely considered treatment by researchers and doctors

A treatment plan for Autism cannot be exactly the same for all children with Autism. Whether traditional, or unconventional, they have to be personalised. This personalisation can only be achieved with a thorough evaluation of the child. However, it is imperative that the following therapies be followed religiously after cell therapy, for the best possible outcome!