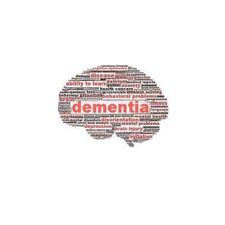 Dementia is a group of symptoms associated with mental and social decline, which interfere with the patient’s daily activities. Dementia presents as the affection of two or more functions of the brain like memory, language, reasoning, judgment and so on. The common presentation of dementia is memory loss, however, not all memory loss is related with dementia.

WHAT ARE THE TYPES OF DEMENTIA

Dementia can be categorized into different types based upon its common features. The frequently used classifications are:

has an effect on the lower layer of the cortex

this condition worsen with time, slowly causing an increased obstruction with cognitive abilities

is not a consequence of any other disease

caused due to an outcome of a physical injury

WHAT ARE THE CAUSES OF DEMENTIA?

Dementia occurs due to the injury to the brain cells. Correspondence between brain cells as a result of this damage. This disallows the brain cells to communicate normally affecting the thinking and behavioral signs.

HOW CAN STEM CELL THERAPY FOR DEMENTIA HELP?

Stem Cell Treatment Dementia treatment is a secure treatment which has the potential to slow down deterioration and is a plausible dementia treatment. Stem Cell Treatment for Dementia can help generate new cells to repair damage and restore lost cells in the brain. Various clinical trials with bone marrow derived mesenchymal cells have shown that stem cell treatment for dementia can target the host brain cells and free some molecules that help support the development of new nerve cells including creating an environment to support their survival. These stem cells used during stem cell therapy for dementia are also involved in neuroprotection, angiogenesis and several other metabolic activities that may together help to improve the reasoning, thinking and memory abilities of individuals suffering from dementia. During stem cell treatment for dementia, the bone marrow-derived stem cells exude a group of neurotrophins, growth factors and other supportive substances. This helps in improved continued existence of the neurons through facilitations of neuroprotective responses like angiogenesis, axonal guidance and regeneration which may further result in improved cognitive function, thereby enabling dementia treatment.