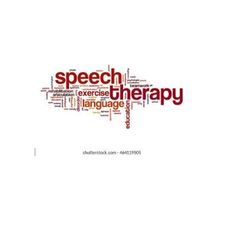 What is Speech Therapy?

Speech therapy is an intervention service that focuses on improving a child’s/adult’s speech and abilities to understand and express language, including nonverbal language. Speech therapists, or speech and language pathologists (SLPs), are the professionals who provide these services.

WHY IS SPEECH THERAPY NEEDED IN NEUROLOGICAL DISORDERS?

Cases with neurological disorders often show symptoms of delayed speech and language development. The delay in the speech and language can be calculated by calculating the language receptive and expressive language age and to compare it with the chronological age. This delay in language can be reduced by stimulating the child with language. Language stimulation reduces the delay in language thus nearing the language age to the chronological age. This improvement in language can be explained due to the potential of neuroplasticity of the brain. Therefore, when continuous and intensive Speech and Language Stimulation is done, chances of acquiring or developing Speech and Language are high; thus stating the importance of Speech Therapy in neurological disorders.

WHY DOES SPEECH THERAPY NEED TO BE FOLLOWED EVEN AFTER STEM CELL THERAPY?

Stem Cell Therapy increases the overall grasping power by increasing the activation of neurons. But at the same time, for learning new skills, it is equally important to give the correct type of stimulation to incorporate the skills. Thus, with environmental and incidental stimulation the child learns new skills. In the same interest, it is necessary to provide continuous and intensive Speech Therapy after Stem Cell Therapy for ongoing Speech and Language improvements. Thus early intervention needs to be given a lot of importance soon after Stem Cell Therapy. NeuroGen offers Cell Therapy which acts as an adjunct to traditional Speech Therapy which helps to fasten recovery time thus yielding faster results.