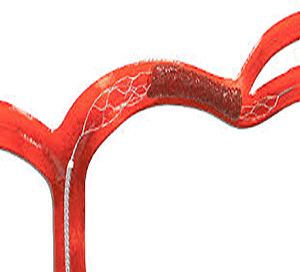 Strokes occur because of the blockage of blood supply and blood vessels within the brain. When a person has a stroke, treatment must be immediately sought as it can lead to more serious clinical conditions. If a patient is attended to on time, then it reduces the chances of more complications.

A brain stroke is a medical emergency and the patient should be taken to a hospital as soon as possible to prevent further damage to the brain. Investigations such as Computed Tomography (CT) Scan help in confirming the type of stroke.

WHAT ARE THE TYPES OF STROKE?

It is the most commonly occurring cause of stroke. An Ischaemic Stroke occurs due to an interruption of the blood supply is due to a blockage in the blood vessel by a clot or thickening of the artery walls. These blood clots usually form in areas where the arteries have been narrowed or blocked by fatty cholesterol-containing deposits known as plaques.

A hemorrhagic stroke occurs from a damaged vessel that ruptures and bleeds into the brain. This results in a blood build up which constricts the region of the brain tissue. A hemorrhagic stroke can damage cerebral arteries and result in high blood pressure. In a more serious case, injury can lead to brain bleeding ultimately leading to blood clot formation. There are other risk factors involved like being overweight, smoking, excessive alcohol intake, lack of exercise and stress.

A Transient ischemic attack can occur due to a temporary reduction in the brain blood supply. It is comparable with stroke symptoms and it is known as a mini stroke too. This kind of attack does not leave behind a permanent damage as the blockage is momentary.

WHAT ARE THE RISK FACTORS OF A STROKE?

Often, various unhealthy habits, which are characteristic of a “bad lifestyle’ can be attributed to increased chances of stroke. Having said this, a stroke could also result as a hereditary predisposition. The greater the risk factors, the higher the chances of a stroke.

HOW CAN YOU PREVENT A STROKE?

The best way to avoid a stroke is to maintain a healthy lifestyle.

WHAT ARE THE SYMPTOMS OF A STROKE?

The commonly seen symptoms are:

Weakness of the face, arm, or leg on one, or both sides of the body

Imbalance while sitting or standing

Loss of speech, difficulty in talking, or understanding what others are saying

Sudden, severe headache with no known cause

HOW CAN STEM CELL THERAPY FOR STROKE HELP?

Stem Cell Treatment for stroke has increased the hope of the application of mesenchymal cells to repair brain damage. Stroke stem cell treatment with animal models of ischemic stroke have shown functional recovery which indicates that mesenchymal stem cells promote repair. Making a distinction with the human mesenchymal stem cells into cells can transfer along the paths that bear a resemblance to neuronal progenitor cells. Additionally, the generation of the mononuclear fraction consists of numerous cells that can emit out cytokines and trophic factors. All these help in generating the supply of blood, neuroprotection and neuroregeneration in areas that are affected in stroke, by stem cell treatment.