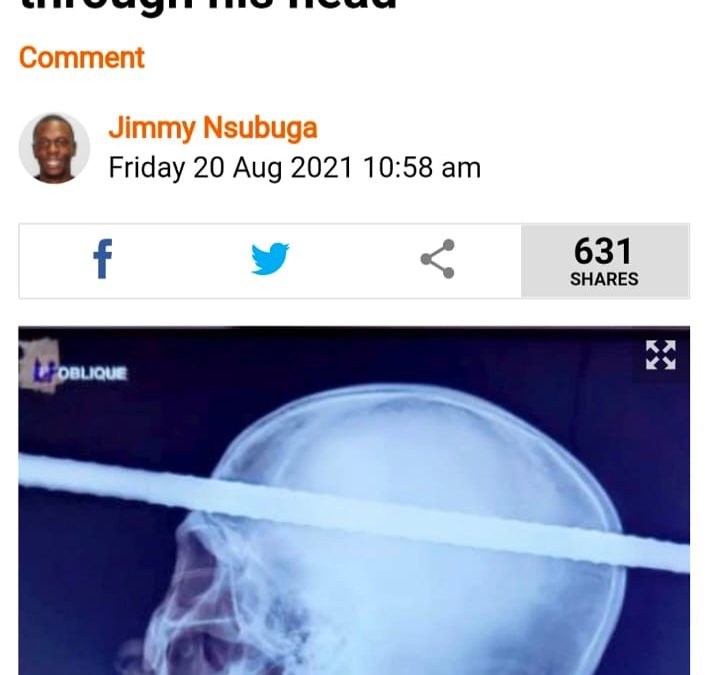 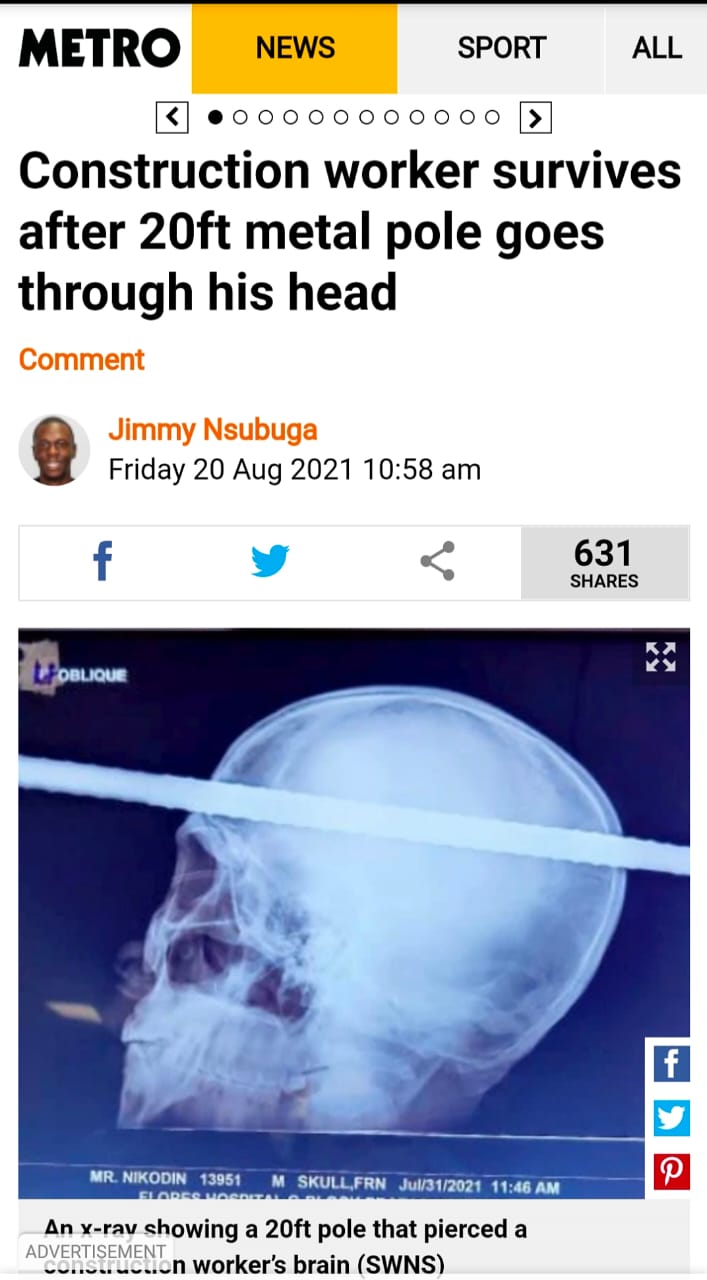 According To the Mirror&The DAily Star

A man has survived a 20ft metal pole piercing his brain after falling from a building site in a freak accident.

The 24-year-old was working on the site in Ghaziabad, New Delhi, India, when he stopped and looked up.

The metal rod came hurtling down from the 20th floor towards him, plunging through his brain and out the back of his skull.

The unnamed man was rushed to Flores Hospital, where pictures and X-rays revealed the full horror of his injuries.

Half his skull had to be opened so the doctor could free the rod from his brain during four hours of surgery by senior neurosurgeon, Dr Abhinav Gupta. 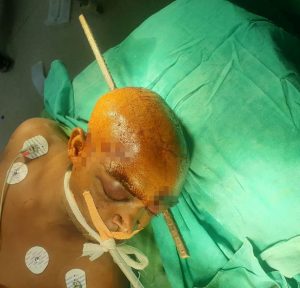 Incredibly, there has been no additional damage to his brain but the left side of his body has been left paralysed.

The neurosurgeon said the construction worker, from Jharkhand, would need further surgery in two months time to put the skull fragment back in place.

“We are monitoring the patient closely and the outcome looks positive”, Dr Gupta told the Times of India.

Fellow construction workers had cut most of 20ft rod away before rushing the 24-year-old to hospital.